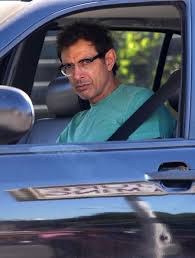 My daughter got so upset earlier.  She ripped a card she was making for her friend.  I know part of it was due to too much sugar.  I had let her go to town on doughnuts during our girls night last night and she snuck one for breakfast.  The way I’ve always tried to approach sweets with the gang is choice.  I try to keep tons of options in the house, because they’re actually the coolest kids on the block when it comes to food.  If I have fruit and veggies, they’ll go to town.

(I’m not trying to say I know it all in the parenting realm, I just try to always do my best when it comes to my minions.  I try to let them understand (even if it’s negatively) that some junk food is fine, as long as it’s not what you eat all the time.)

Anyway, the little miss was over-sugared and over-tired.  Like her mom, when that happens, she cannot control her thoughts or emotions.  As she had a meltdown, I had that initial urge to yell at her or what have you, but I breathed and responded.  Blankets/weight calm us all down tremendously.  Lacking a blanket, I decided to try myself.  I laid gently on her, supporting my own weight with my knees.  She was flailing, so I calmly held her arms until I could get her to look at me.  I kept my voice even and calm, and gave her two choices – she could calm down and make her card, or she could let go of her card worries, and just go to her party.

I knew I had her attention, but I could tell she still wasn’t calm.  One thing I’m starting to understand with myself and the kids is how important laughing is.  I started tickling her.  A minute or two of tickles was all she needed.  She bounced up, ran to finish her card, and floated out the door to her party.  My ex looked at me as if I was some sort of magician and said it was the coolest thing he’s seen.  Yeah, I felt like a slight badass.

My son had a similar melt down because he did not want to stop watching TV, but it was time to stop and he was supposed to go outside to play.  I did the same thing with him, and the same result happened!  I am, by no means, a parenting guru.  The old saying “They don’t give you a manual” is one of the things I try to remind myself of when talking to the kids.  I also love Neil Gaiman’s approach, saying that you do not talk down to children, you talk up.  To me, my kids are smarter than me.  They haven’t wasted years being bogged down by the crap every adult does.  I try to converse with them acutely aware of my own feelings, pitfalls, etc. at each of their ages.  I try to be compassionate to why their emotions are what they are.  I write this now as another reminder of how to be a better Mom, which is always – breathe and think first.

I am forgetful, SO forgetful.  Scatterbrained to a T. If attempted to count the hours/days/months I’ve lost searching for my glasses and keys alone… Just this morning, I had to drive 2 shipments of playclothes to the boys at their grandparents, to my ex’s house to grab the clothes he forgot for my daughter, etc.  It was the most pleasant run around, because I had my little lady in the back rocking out with me.  My car has that awesome parent mirror – where you can perfectly see the backseat.  Every second I could, I glanced in that mirror to see her headbanging, throwing up the metal horns, and holding a microphone as she sang at the top of her lungs.  If I hadn’t forgotten half of the boys’ clothes, I wouldn’t have gotten to watch my little lady rock out.  I also, normally, would get pissed at my ex for forgetting xyz.  I laughed, because he is just as scatterbrained as I am.  I laughed harder, because he was at my house to pick up our daughter, as I was heading to his house to drop her off.  Did either of us use this newfangled cellular device technology? Absolutely not.  No, we both wanted to make the other’s life easier, and went about our plans.  I should just make a sitcom, I think.  I could call it The Motherhood of Traveling Pants: CoParenting done Ineffeciently!

There are times where lying on your kids and tickling them may not work – the mornings when I’m typically running late to get them to school echoes in my mind.  One of the ways I’m trying to re-train my brain, though, is to really focus on the successes, the times when my motherly gut kicked in and worked, because when I trust my inner mom, I’m usually “The Best Mom In The Universe” ~ 3/3 minions approved 🙂

In honor of my car ride, here’s the gang’s current favorite song: