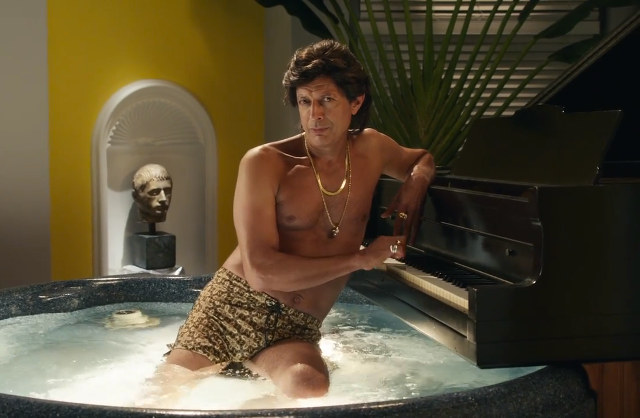 In an effort to somehow stop being a crybaby – that’s probably a harsh assessment of myself, but whatever, I’m the writer here.  I’d like to attempt to focus on things other than feeling like shit.  I’m going to attempt to add in some funny stuff.  Occasionally, I actually do make people laugh.  At least, I tell myself that.  Anyhoo, earlier today, a friend offered to bring me Dunkin.  I informed her that I had to shower first, because my legs were so hairy that I could officially make a donation to locks of love.  I am so sexy…

Yesterday, a Royal Farms opened up near me.  In the shitty suburbs, this is apparently exciting and big news.  Everyone’s been talking about how amazing their fried chicken is.  Given I love to drown my sorrows in fat, I took the kids to check out their amazing fried chicken.  The kids are like short succubi.  If you offer any sort of food, suddenly, they have to add on milkshakes or chips, etc.  Lately, I’ve been exhausted and opting for paths of least resistance.  The boys were begging for cheeseburgers, and my response was, “Whatever guys, I’m already apparently dropping 60 bucks at an upscale gas station today.”

I was trying to express some of my issues to my psychologist – namely “I don’t trust my brain anymore.” her response was a daily schedule.  I’m not sure how, exactly, scheduling my depression, self pity, and self loathing helps, but I’m glad to see she is on the case.  I’m excited to plan out my naps and existential crises.  Mental health in America is just about as funny as you can get.  Especially when you consider my psychiatrist said (during our 15 minute session where she ignored me completely) how “much better I seemed”.  I just told the woman I am more depressed then I’ve ever been in my life, and I can’t stay awake, so I’m thrilled.  Here I thought the meaning of life was cultivating your own sense of peace and happiness, but I guess severe depression and hopelessness was what I was actually on the path of.  Thanks doctors!

Last, but certainly not least, I had a really weird sex dream where I was having sex with about 30 different people, all while keeping crystals placed on my third eye.  I was smoking one of those hookah things, and I kept saying “for the greater good” and “have a better tomorrow”.  I really need to lay off all that water before bed time.

7 thoughts on “From My Mouth”